TEAM is pleased to announce that one of our customers has been recognised for their hard work in saving energy at a special awards ceremony hosted by Anglian Water Business. 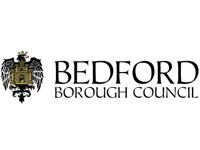 We would like to congratulate Bedford Borough Council who won the Drop Energy Award – for best practice in energy management and evidence of a significant reduction in energy use – at the We Love What You Do Business Awards 2015.

What are the awards?

The event recognises people, businesses and initiatives that have helped to protect the environment and safeguard water supplies against a background of water stress.

Bedford Borough Council’s twin strategy of energy saving and installing renewable energy technologies has resulted in a 35% carbon cut since 2010 in council buildings. Among the projects and initiatives it has pursued are the replacement of four oil boilers in its headquarters with one biomass and three gas boilers; the development of a micro hydro plant; PV installations; and lighting, insulation and air conditioning upgrades.

Bedford Borough Council is a long-term user of Sigma Software and services.

As we continue to experience hotter summers & increase our use of #airconditioning, we are also contributing to #globalemissions. In our latest blog, #Energy Consultant, James Bradley, asks why the effects of increased AC use isn't being discussed? http://bit.ly/3xmg1Ge