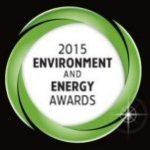 TEAM customers nominated at the Environment and Energy Awards 2015…

Congratulations to our customers who are among this year’s finalists for the prestigious Environment and Energy Awards 2015. These awards recognise outstanding excellence in sustainable business practices. Organisers claim that competition was extremely tough this year with high entry numbers as well as excellent entry standards.

Gareth Williams, Energy and Environment Manager at Northern Rail is nominated for the high-profile Energy Manager of the Year award. Gareth uses TEAM software to monitor energy consumption at over 450 stations across the North of England.

DIY retailer B&Q, a long-term user of TEAM software and outsourced bill validation services, has been nominated for the category of Environmental Leadership Award for Organisational Behavioural Change.

Supermarket giant Sainsbury’s, who use TEAM consultancy services and Independent Reports on Metering Arrangements in connection with renewable heat installations in their stores is in line for the Innovation Award for Energy from Waste.

See a full list of Environment and Energy Awards 2015 finalists.

The winners of the Environment and Energy Awards 2015 will be announced as part of a prestigious gala dinner celebration at the National Motorcycle Museum, Birmingham on the 22nd April 2015.

About the Environment and Energy Awards

The Environment and Energy Awards 2015 run alongside edie Live the leading energy, sustainability and resource efficiency exhibition at the NEC, which brings together thousands of individuals looking for ways to make their business more sustainable.

Take a look at the #Energy Wholesale Market Review: It was a largely bullish week again for #gas and #power contracts. Day-ahead gas rose 3.5% to 52.80p/th, supported by the colder weather experienced across the UK. Read more here: https://bit.ly/3s91KIj

WE’RE HERE FOR YOU

During these challenging times, you can trust and rely on us to support your organisation’s energy management needs, and help you to meet your sustainability and compliance goals.

Our expert Energy Consultants are available for site visits, conducted in accordance with our COVID-19 risk assessment. You can be assured that the safety of both you and our team is our priority.

Would you like advice on prioritising your energy management at this time?