Despite substantial expansion and rising passenger numbers in recent years Birmingham Airport has managed to reduce their overall energy consumption.

A major part of identifying excess consumption has been the Sigma Energy Management Software, which the airport uses to turn vast amounts of raw data into meaningful energy management data.

Birmingham Airport is the third largest airport outside London, and the UK’s seventh largest overall, handling over nine million passengers a year. Over the last ten years, it has invested more than £200m to develop its infrastructure, and has the capacity to service 36m passengers a year on its single runway.

What does Birmingham Airport use?

Birmingham Airport uses Sigma energy management software to turn the large amounts of raw metering data into relevant energy information. TEAM software is then used to produce weekly reports analysing fluctuations in energy consumption to detect where the organisations plant and equipment has gone out of their parameters.

In August 2013, electricity consumption at Birmingham Airport peaked at 26.5m kWh. A degree day cooling analysis identified that the high consumption was largely down to running the cooling plant, which is a substantial cost to the business. 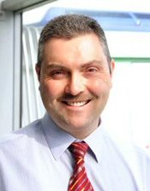 “Sigma Software highlighted this. If a piece of equipment/a sensor is 1% out of its calibration it can add 10, 15 or even 20% to your overall energy bill. In 13 months we managed to reduce electricity consumption in the terminal alone by 2.6m kWh.”
“We cannot thank TEAM enough for showing us a way to achieve these savings and add value to our business,”

We believe that people power can change the world. We are here to help you have a positive impact on the planet. Together we can make a difference.

Take the next step

Leading by example, we are committed to becoming carbon neutral by 2023 and achieving net zero business emissions by 2030.

As an Employee Ownership Trust we embrace the three pillars of good communication, governance and leadership, putting our people first.

Learn more about us

Staying at the forefront of industry, we embrace and drive change, delivering solutions at pace and scale to meet the modern challenges of energy and sustainability.